ThinkGeek is at it again. This time they’re offering up a fan which can load up animated GIF files from your computer and display them in full color on the blades of the fan. 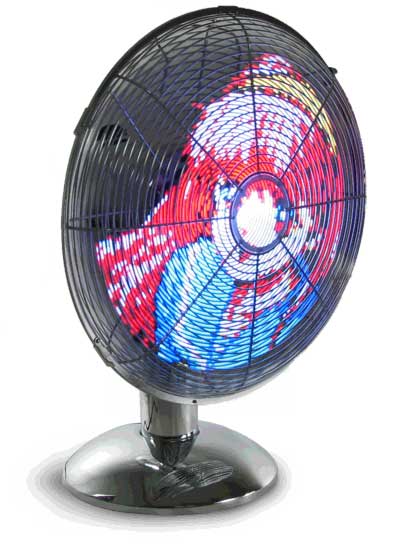 Inspired by those light-up LED spinner rims that might have turned up on Pimp My Ride, The LED Art Fan hooks up to your computer via a serial connection, and lets you download up to 128 frames of art into its internal memory.

Thanks to a little mental illusion called “persistence of vision,” the fan’s rapidly spinning blades create what looks like a full-motion image using an array of 42 programmable red, green and blue LEDs. The fan is a little pricey at $389.99, but isn’t it worth it to look (and feel) oh so cool?