If the beer-pouring robot I told you about earlier today isn’t really your cup of tea (no pun intended) maybe you’ll like this one. 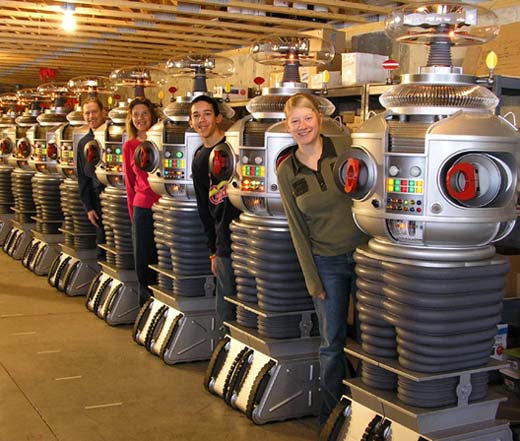 Now you too can own a fully functional, life-sized replica of the original Lost in Space  Robot B9 from the famous 1960’s sci-fi TV show. Yeah, the robot that uttered the famous saying “Danger, Will Robinson” can now be yours for the low, low price of $24,500.

Each robot is crafted from steel, acrylic, aluminum rubber and other materials and doesn’t skimp on construction in any way. B9 has a number of animated movements and a digital audio system loaded with over 500 tracks from the original actor who voiced the original robot on TV. A remote control lets you activate, deactivate and control the robot.

B9Creations painstakingly hand-builds each replica, which is designed to be as faithful as possible to the original robot (actually the one from Season Three according to their website) so they can only crank out around 30 to 50 robots per year.