The dedicated gaming fanatics over at Game Rave claim to have gotten their hands on what could be a rare piece of video game history. 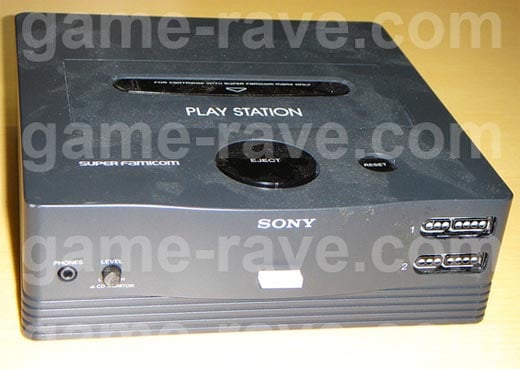 This chunky device is purported to be a prototype for the original Sony PlayStation. As most gaming geeks will tell you, Sony and Nintendo were originally collaborating to create a CD-ROM add on for the Super Nintendo gaming system. Nintendo ultimately bailed out on the project, and the device never made it to market. Sony packed up their things, struck out on their own, and the PlayStation was born.

The device doesn’t look anything like the other prototype images I’ve seen in the past, which all were heavily “Nintendified,” so I can’t vouch for the authenticity of Game Rave’s claims. However, it’s possible that the device was a later prototype for the actual PlayStation, after Nintendo jumped ship.