Strike another blow against Sony’s PlayStation 3 console. Already faced with a serious lack of available titles, it looks the console has lost another game in its arsenal with the revelation that the latest game in the popular Katamari Damacy series is now likely to be an Xbox 360 exclusive. 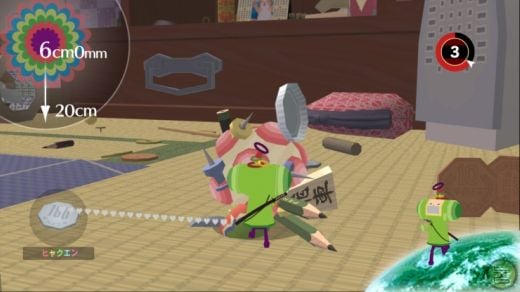 Originally slated for release on the PS3 and 360, a rumor has now surfaced that Namco Bandai has pulled the plug on both the PS3 and Wii versions of Beautiful Katamari. This really surprised me, given the history of the series as a PlayStation exclusive and its following among Sony fanboys. While this report has not yet been confirmed by Namco Bandai, the original source of this story usually is spot on. However, a number of stores are still showing the game in their order systems as being planned for all three consoles. We’ll just have to wait and see what actually hits stores this October.

This just reinforces my feelings that Microsoft and Nintendo are the only console makers with enough of a foothold in the market to demand system exclusivity, with Sony running a distant third in the race.