I came across this cool video on YouTube that shows off some pretty cool interaction with Nintendo’s Wii-mote controller. 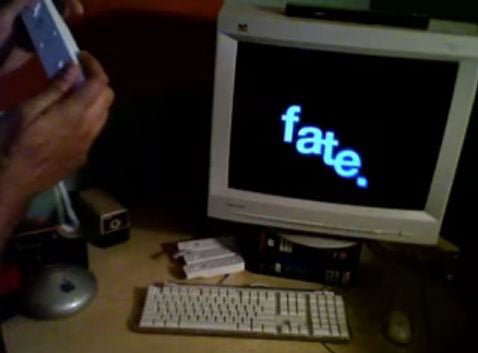 The video shows off a nifty typographic animation designed by Erik Loyer which lets the user move the Wii-mote to influence the rendering of the text. As the controller moves, the text moves to match the angle and velocity of the control.

For his demonstration, entitled “Swing,” Loyer shakes his controller to the tune of a hip Kurt Elling tune. As the lyrics appear on screen, they swing and bounce rhythmically to the music. The video is a bit long, but you’ll get the idea pretty quickly.