This new fan attachment for the back of the Xbox 360 gives you much more than just supplemental cooling. It actually adds a variety of direct-access connectors to the back of the console, eliminating the need for special adapter cables. 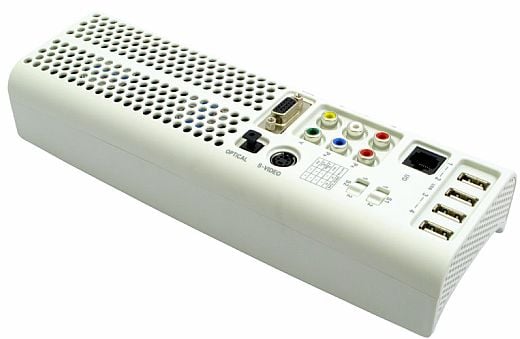 Along with two cooling fans, the add-on gives you easy access to VGA, Component, Composite and S-Video outputs. There’s also four USB connectors, a TOSLink optical out for digital audio and an Ethernet pass-through. The GA-CX1005XB Docking Station Fan will be available from Japan’s DigitalCowboy starting July 13th. Pricing information hasn’t been announced yet.