Cool Your Hot Console With a Radiator

For certain current-gen consoles (espectially those that start with an “X” and end with a “360”), overheating has been a recurring problem for many of us. I’ve seen all sorts of cooling fans that claim to help with the problem, and sometimes they do. That said, there doesn’t appear to be a perfect solution, other than a redesign of the console’s innards.

However, for those of us who have already purchased said white-hot console, we’re always looking for options too keep the thing from melting down. This add-on takes a vastly different approach than those noisy fans. 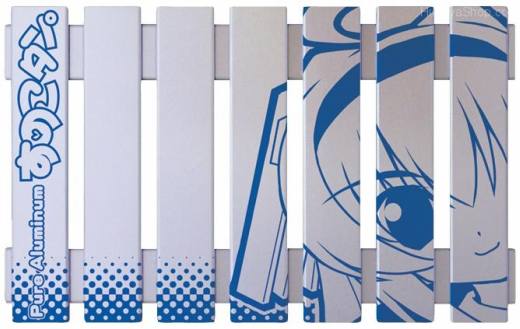 This passive “heat radiator” lays on top of your (horizontal) sweltering console or computer. It’s aluminum fins are said to dissipate the hot stuff, decreasing the heat retained inside your precious electronic gear. As a bonus, it’s got a funky picture of some unknown JapAnime character on it (take that Intercooler!)

The Console Heat Radiator is available from Japan’s HimeyaShop for $35.