I was checking out Bandai Japan’s website earlier today when I came across this new micro robot that they’re coming out with later this year. 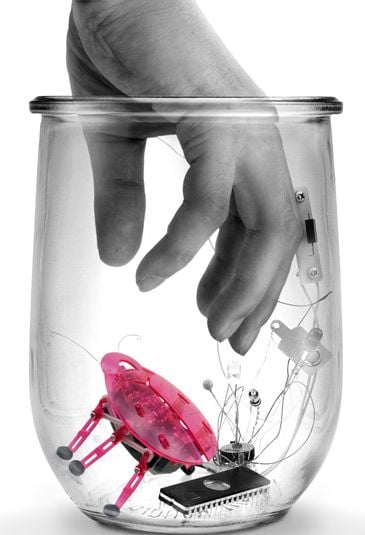 The Hex Bug series of miniature insect robots scurry along on six legs, just like real bugs. The tiny battery-operated robots automatically avoid obstacles and will change direction when you clap in their vicinity.

Hex Bugs will come in a variety of colors and styles, and can be pre-ordered from Strapya World for about $16 each.