IPhone Knock-Off of the Week

Now that Apple’s iPhone has hit the market, it’s time for a bunch of the cheap knock-offs from the Far East to start popping up. 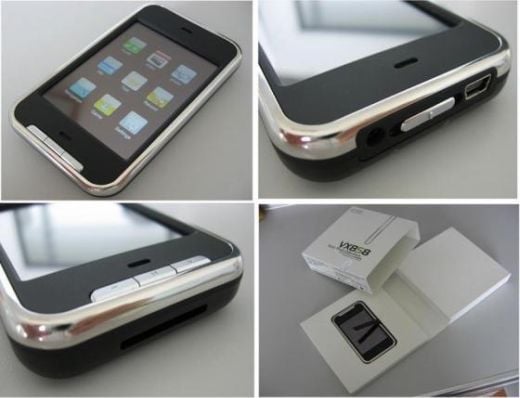 This iPhone clone is for those of you who want to look like you have an iPhone, but can’t afford it (or don’t actually need any of it’s best features.) Beyond it’s strikingly similar looks, the player has very little in common with Apple’s device.

For starters, the FT4021 MP4 Player from China’s i-Fighting is only a media player. Sure, it has a touchscreen interface, but there’s no phone, no wireless access, no web browsing, no e-mail, and no other useful applications. It does play MP4, MP3, WMA and WAV files, and has an FM tuner, but so does every other cheapie media player these days.

[via I4U via ubergizmo]