[UPDATE 7/9/2007: The rumors were true. Sony has cut the price on the PS3/60GB to $499 effective immediately. They also announced the August release of an 80GB model for $599, including a copy of Motorstorm]
MaxConsole is reporting the receipt of an anonymous e-mail from a supposed Circuit City employee claiming that Sony’s PlayStation 3 will soon be selling for $100 less than launch price. 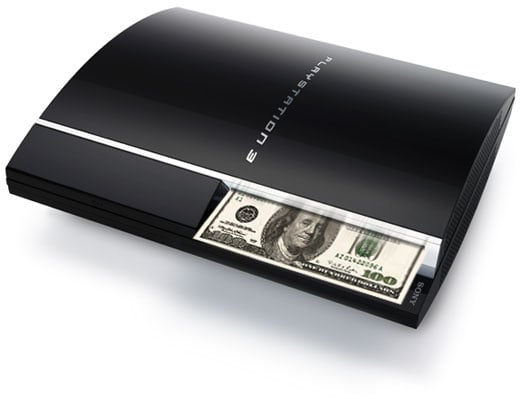 The sender of the message claims that the stores receive sale circulars about 2 weeks in advance, and that the July 15th through 21st ads show a price of $499.99 for the 60GB model.

The timing of a (much needed) price cut would coincide with next week’s E3 show, so it could make sense. As is always the case with rumors, we’ll just have to wait and see what really happens.