This ridiculous cell phone from China is capable of blasting out ringtones and media files at an earsplitting 120dB. 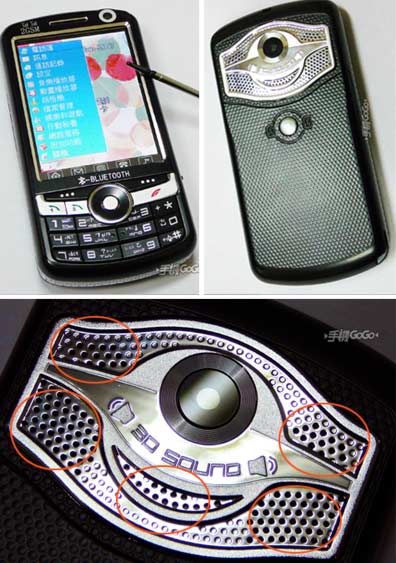 For those of you not familiar with the Decibel Scale, that’s somewhere between “Front Rows at Rock Concert” and “Threshold of Pain.” Unfortunately, this video of the phone in action doesn’t really capture just how load 120dB is.

Featuring an array of five speakers, and “dynamic 3D sound,” the QKphone 911 suffers from a serious identity crisis. While it’s loaded with all the typical business applications of a Windows Mobile Smartphone, it’s also got a bunch of multimedia capabilities, including a weird media player with a dancing girl on it.

I can only imagine how obnoxious those horrible Crazy Frog ringtones would be on this device.