Artist Daniel Rozin has been creating mind-blowing interactive artworks, combining computers, video cameras and mixed media since 1999. One of his more recent works was this hybrid digital/analog mirror which reflects images from passers-by using a huge grid of rotating circles. 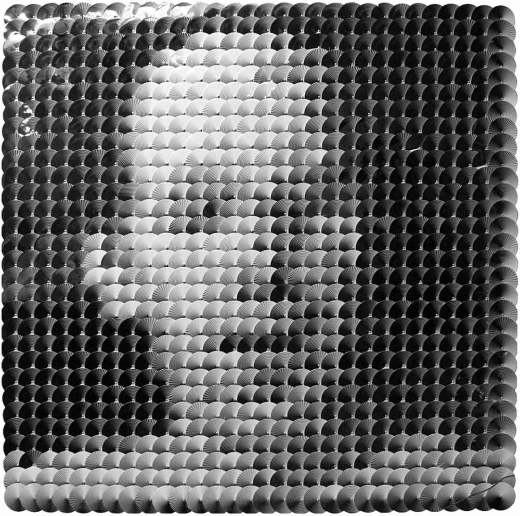 Daniel’s Circles Mirror is an amazing combination of mechanical and digital technologies. By using a radial gradient from black to white, each of the 900 overlapping discs rotates to create the illusion of shades of grey. 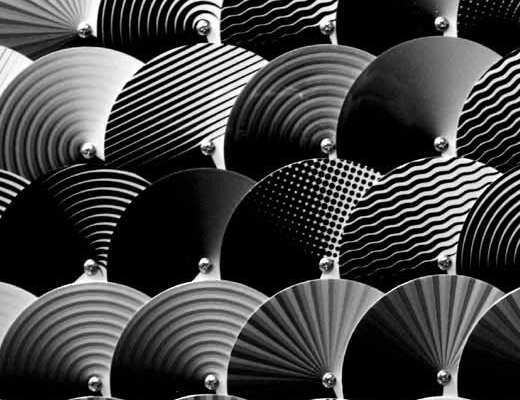 Rozin create custom software to convert the digital images captured by a video camera into data which could be used by the motors which rotate the circles.

Be sure to check out Daniel Rozin’s other interactive works. If you’ve never seen them before, they are really quite amazing. Daniel is represented by bitforms gallery in New York if you’re interested in any of his works.