This guy has gone through the painstaking process of cramming his shmancy Motorola SLVR mobile phone into the case of an old Nintendo NES controller. 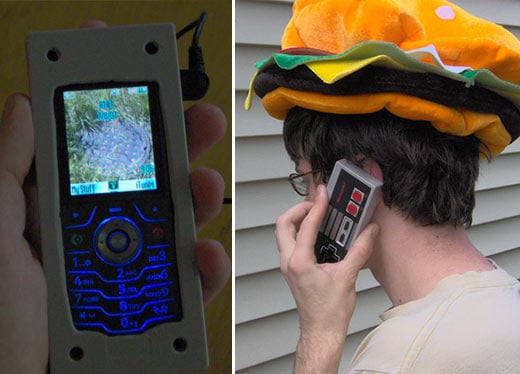 While the end result is pretty fugly from the phone side of things, it looks pretty convincing from the outside.

Normally, I’d say the strangest thing in this picture would be a guy talking into an NES controller, but what’s with the cheeseburger hat?