There’s an image circulating around the web this morning showing what looks suspiciously like a GRAY Xbox 360 model. 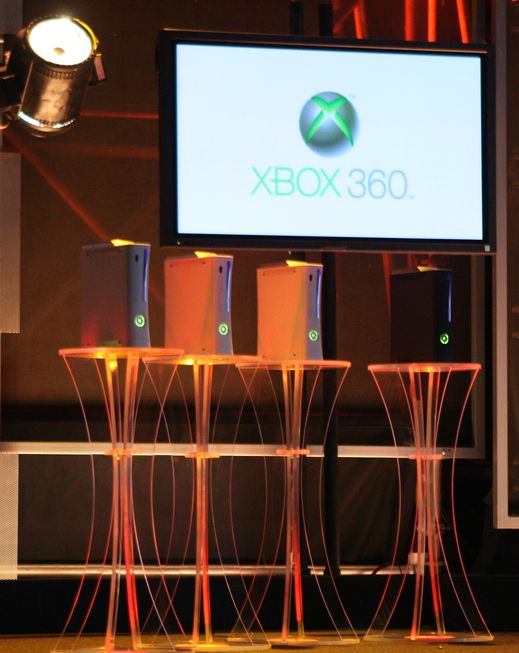 Notice the console on the far left is decidedly darker in appearance than the white models in the middle. The photo was snapped by the guys over at Gamerscore Blog, who managed to sneak a peak at Microsoft’s press conference venue for this week’s E3 event.

There are a lot of theories on what this case could be, but the most likely scenario is that it’s a new “low-end” model that would retail for around $249, perhaps running on new, lower cost hardware. This would fit in nicely with all the rumors that Microsoft is going to drop prices on the consoles as a direct response to Sony’s PS3 price drop this week.

I’m sure Microsoft will spill the beans later tonight, but for now it’s fun to speculate.