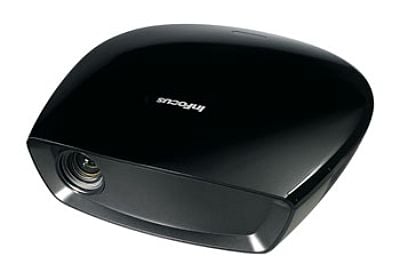 The new Play Big IN82 projector features a TI DarkChip3 DLP light engine, and a maximum contrast ratio of 12,000 to 1, thanks to an iris system. Light output is rated at 1500 lumens, dropping down to 1200 in “quiet” mode. The IN82 also embeds Pixelworks DNX image processing which should help keep images clean and artifact free. As is the norm with higher-end projectors these days, it’s got an HDMI 1.3 input and Deep Color support. There’s only one HDMI input, so you’ll need to do any switching remotely. One really nice feature is the projector’s ISF day and night settings, allowing the projector to store two sets of calibrations, depending on ambient light levels.

Retailing at $5499, the IN82 isn’t the least expensive 1080p projector out there, but only time will tell if the image quality will live up to the price.