A while back, I showed you a 3rd-party Wii Light Gun controller add-on. Now Nintendo has revealed their own controller accessory, called the Wii Zapper. 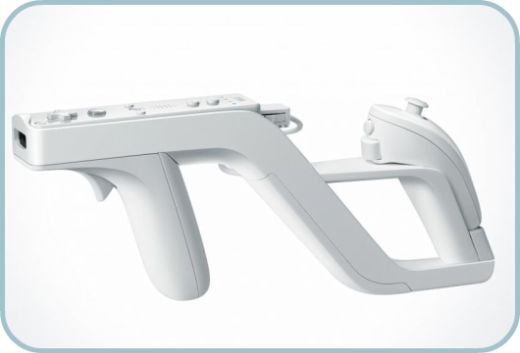 The new controller has an interesting design the provides a cradle for both the Wii-mote and the Nunchuk controller. Presumably, you’ll aim with the front of the gun, and use the Nunchuk to move the camera. Nintendo says the $20 accessory will ship later this year with a new, as yet unannounced gaming title.

I’ll update this post with a better picture once Nintendo releases one.