On a day that was loaded with announcements of fun and interesting new Wii accessories like the Wii Zapper and the Wii Fit Balance Board, comes the most unusual add-on I’ve seen in a while, NYKO’s Wii Party Station. 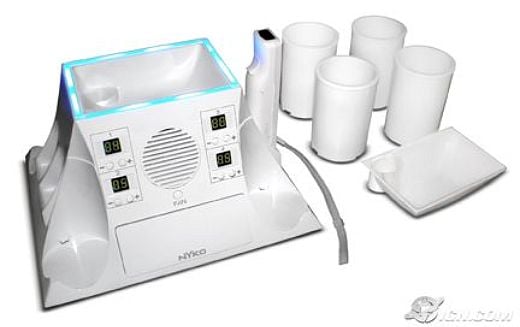 It’s hard to describe the Party Station. Think of the $25 accessory as a “plugged in” party tray. Sure, it’s got all the usual storage for your Wii-motes and Nunchuks, but that’s not where the “party” comes into play. The accessory offers such whimsical features as a hand-cooling fan to dry sweaty palms, LED readouts for tracking individual scores, four cupholders that can cool your drinks, and a place for your chips and dip.

[via IGN via Gizmodo]