Here’s a great find for the photo enthusiast in your life. These Soviet-era camera kits from LOMO let you build your own 35mm camera and other photographic gear. 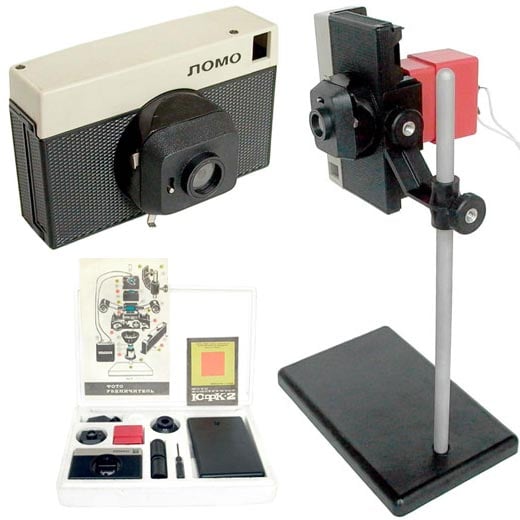 The Lomo Meccano Erector set is a complete kit that lets you build five different photographic devices. In addition to the classic LOMO camera, you can assemble a negative film viewer, film enlarger, a slide projector and a magnifying glass (though I don’t think there’s much “building” involved in that one.)

The Lomographic Society has a limited stock of just 100 of these very rare pieces that date back to the late 1980’s Russia. While it won’t keep up with today’s digital marvels, it’s a fascinating piece of history that’s well worth the $125 price tag.