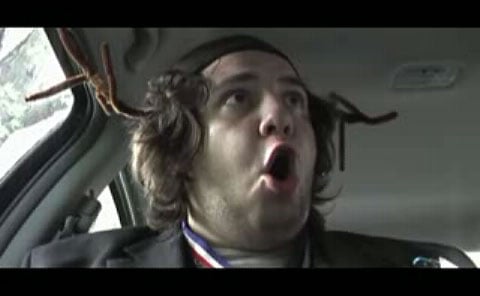 Apparently, this guy was participating in a contest to win a trip in some sort of Parappa the Rapper contest to celebrate of the launch of the new game for the PSP.

For those of you who don’t remember the classic game, he’s doing his best to channel Mooselini’s driving test. Let me refresh your memory…

Frankly, most of the other entries I could find were pretty lame, but this guy deserves the grand prize.