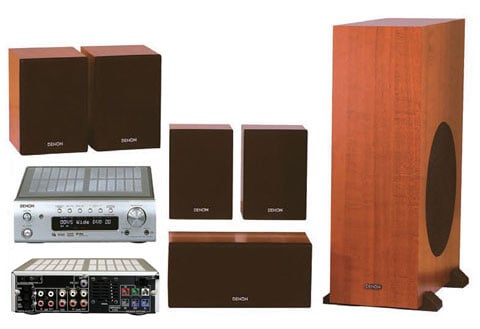 The clean, elegant design lets the system integrate nicely into any living room. In addition to its styling, the DHT-M380 has some pretty decent specs for bookshelf sound system. It’s got a 120W amplifier, driving 6 audio channels. While that won’t exactly shatter any eardrums, it should be plenty for watching TV or the occasional DVD in your living room. 5.1 surround is available in DTS, DTS 96/24, Dolby Digital and Dolby ProLogic II formats, while there’s also 2.1 support for Dolby Virtual Speaker and Dolby Headphone technologies.

The system is expected to hit shelves in Japan this August, with a release in other countries down the road. Pricing hasn’t yet been announced.