If you just can’t get enough megapixels in your digital camera, you might want to wait just a couple more days for this new model from Panasonic. 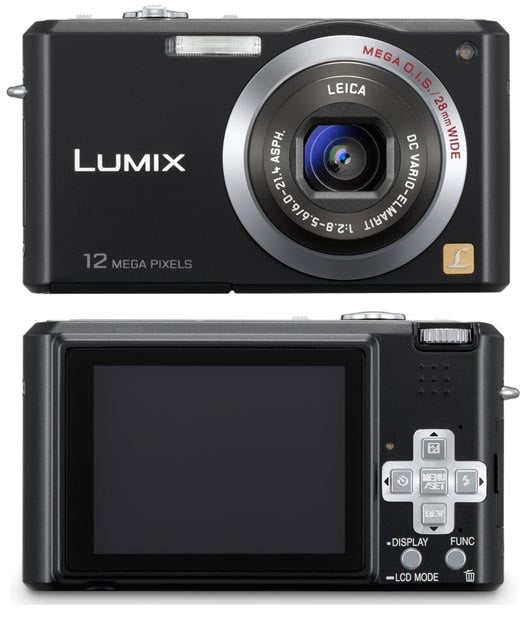 The new Lumix DMC-FX100K offers a whopping TWELVE megapixel resolution. For those of you who are counting every tiny dot, that’s 4000 horizontal pixels by 3000 vertical pixels. To put that in perspective, this camera can snap pictures at almost five times the resolution of a high definition 1080p big screen television. With detail like that, you’ll probably be able to blow up your images to wall size before you have to worry about seeing those pesky pixels.

The $399 camera features a Leica 28mm wide angle lens, and something called “extended optical zoom” which allows you to jump up beyond the 3.6x native zoom all the way up to 7x. However, you can only go to 7x if you drop down to three megapixel resolution. Still, it’s a nice feature in a pinch. Also along for the ride is Panasonic’s MEGA optical image stabilization system which should remove all but the worst jostling during picture taking.

The FX100K also offers a couple of rapid shooting modes, including an 8 frame-per-second burst mode, and a 15 frame-per-second (1280 x 720) widescreen video capture mode. Based on the excellent reviews that other recent Lumix cameras have gotten, this is definitely one to watch.

[Order this item from Amazon