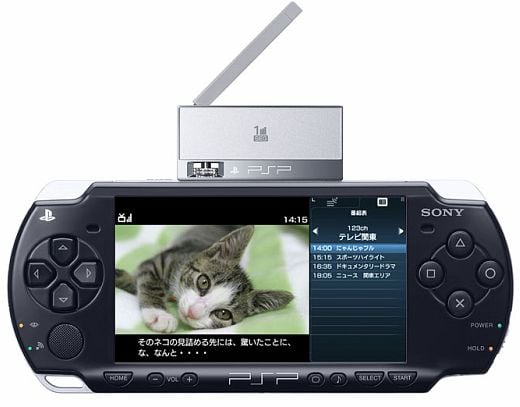 Unfortunately, the tuner is only planned for markets that support 1seg digital broadcasts at this point, which means that you won’t be able to use it outside of Japan. Also, it will only work with the newly released, thin PSP models (PSP-2000), not the original model (PSP-1000.) The tuner is expected to be released on September 20th for ¥6980 (about $57 USD.)

Hopefully, they’ll make a model that works with other types of signals down the road.