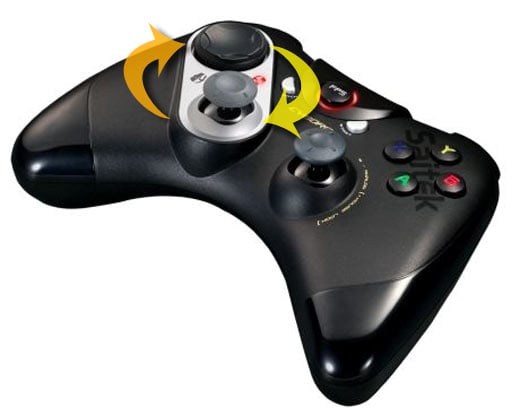 This seems like a great idea, since it seems the position of those controls is a highly individual preference. It’s especially handy if you’re used to playing on a particular console, and want to have the same feel when you’re playing on your PC. There’s also a nifty “reduced sensitivity” mode that lets you temporarily aim more precisely when targeting. The controller will retail for around $35 when it’s released later this year.

I’m hoping Saitek eventually releases a wireless version for use with the Xbox 360 and PS3 too, but I’m not holding my breath.

[via IGN via Everything USB]