Images and specs have started to surface for TiVo’s latest DVR, bringing high definition recording, along with TiVo’s great user interface down to a reasonable price. 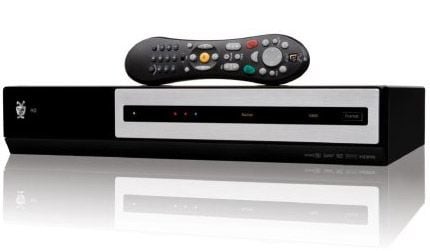 The new model, currently known as the Series 3 “Lite” (model #TCD652160) will retail for about $299, and packs in a pretty nice feature list for the price. It’s got dual MPEG-2 and MPEG-4 decoders, so it should be able to handle any signal you throw at it. Storage is limited to a 160GB hard drive, but that still should record around 180 hours of SD, or 20 hours of HD programming if I’m doing my math right.

With the removal of the schmancy OLED screen and no THX certification, the new model doesn’t offer some of the bells and whistles of the original Series 3. However, for $299, I think they’ll sell like hot cakes. Now all they need to do is get these to work with DirecTV and I’ll be happy.