Alarm Clock Lets You Know When the Train is Coming

Here’s another strange gadget out of Japan. This helps you keep track of when trains are coming to your nearby station. 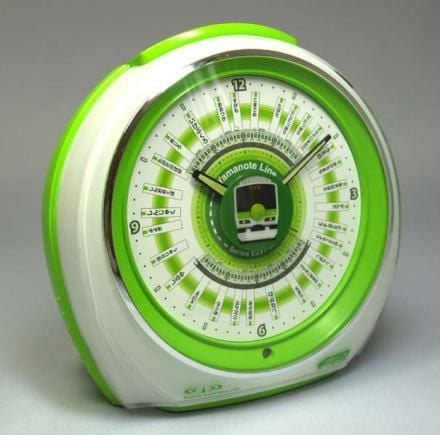 In order to keep you on schedule, Yumekobo’s Yamanote Alarm Clock gives you a visual indication of the train schedule on its clock face. In order to maintain accuracy, the clock is automatically updated via a radio time signal.

From what I can tell, the way it works is that all of the train stations on Tokyo’s well traveled Yamanote train line are listed around the perimeter of the dial. When the train is estimated to be arriving a station, the hands correspond to the correct location of the train. To get an idea of how the clock works, somebody has made a web-based version of the clock here.

In keeping with the train theme, the alarm sounds are from recorded from the actual station melodies that play along the line.