It amazes me how many shooter accessories are starting to surface for the Nintendo Wii, despite the lack of games that you can actually use them with. However, manufacturers continue to crank them out, and this is one of my favorites so far. 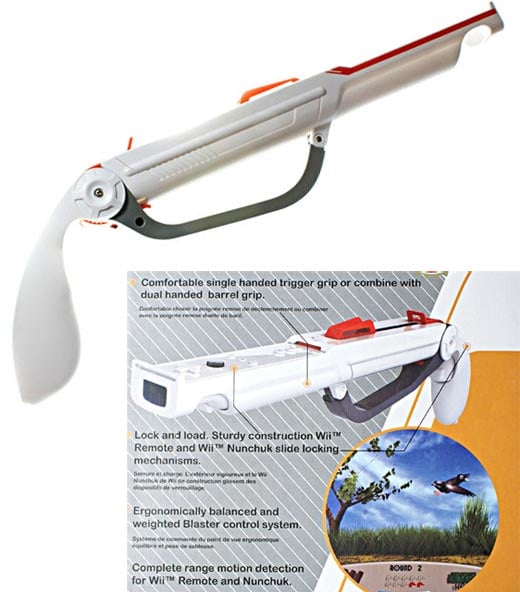 This 3rd-party Wii Blaster transforms your Wii-mote and Nunchuk controllers into a serious looking weapon. The Wii-mote mounts into the front of the gun, while the Nunchuk clips into the handle. While DealExtreme is selling the $16 add-on as a “rifle,” I’d have to say it looks more like a shotgun to me.

Regardless, I’d much rather have one of these for Gears of War or Halo 3 than for Duck Hunt. Are you listening Microsoft?