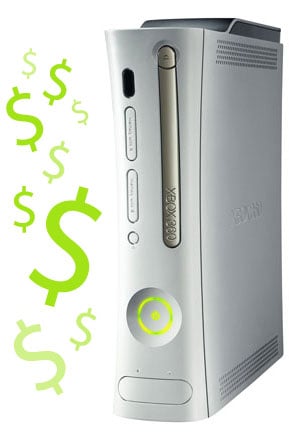 While we didn’t get any price changes at the recent E3 expo, there’s a brand new rumor flying around tonight that the Xbox 360 will get a price cut in just a couple of weeks. According to an anonymous tipster over at Xbox-Scene, at least some part of the Xbox 360 product line will be getting a price reduction on August 8th.

There aren’t any further details on what models would be receiving a cut, nor by how much. Xbox-Scene does confirm that the individual who reported the news has provided accurate information in the past, so that could mean something. As is always the case with rumor and speculation, we’ll just have to wait and see what actually comes of it.

In the mean time, if you’re looking for a great Xbox 360 deal, Toys ‘R Us is offering a free $50 gift card when you buy a 360 Premium edition between now and July 28th (in store only.)