It seems like I can’t let a week go by without coming across something new crammed into an old Nintendo Entertainment System controller. A couple of weeks back it was the NintendoSlvr, then we had the NESMouse. This week, it’s this NES controller MP3 player, and a pair of powered speakers in an NES cartridge. 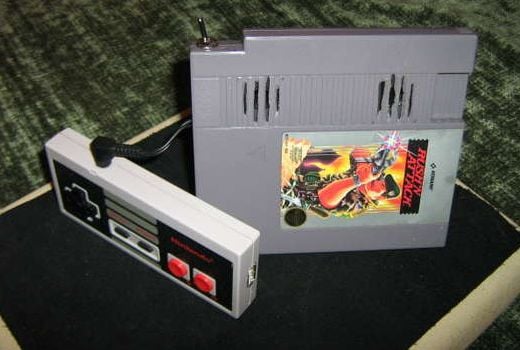 Instructables contributor Morte Moya first took his old NES controller, gutted it, and embedded an MP3 player. Then he realized that it would be nice to have some speakers to go along with it. That’s when he decided to chop up an old game cartridge (Rush’N Attack, in case you care) and put some little amplified speakers in there.

It’s not the prettiest hot-glue and Dremel work I’ve seen, but you get the point.  Be sure to check out the Morte’s step-by-step tutorial if you want to build your own.