Come Fly Away With Wii

At this point, the Nintendo Wii really only has one flight game available, Wing Island. Anyway, somebody still thought it might be a good idea to take the Wii controls and stick ’em into a flight control rig. 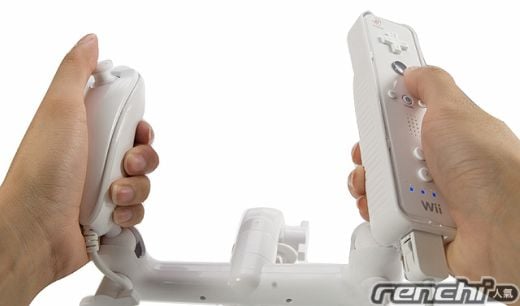 PEGA’s $12.99 Wii Airplane Controller Stand suction cups onto any flat surface, giving you something that approximates a flight wheel on a plain. Just stick your Nunchuk on the one side, and your Wii-mote on the other, and you’ll be taking off and landing like a pro… just as soon as some more flying games comes out.