This compact device sits alongside your computer, and turns it into a serious analog audio conversion system.

Simply connect BTO’s plusdeck EX to your computer’s USB port, and you can take all your old cassette tapes and easily convert them into MP3, WAV or OGG digital audio files. You can also record from the device’s built-in AM/FM radio. 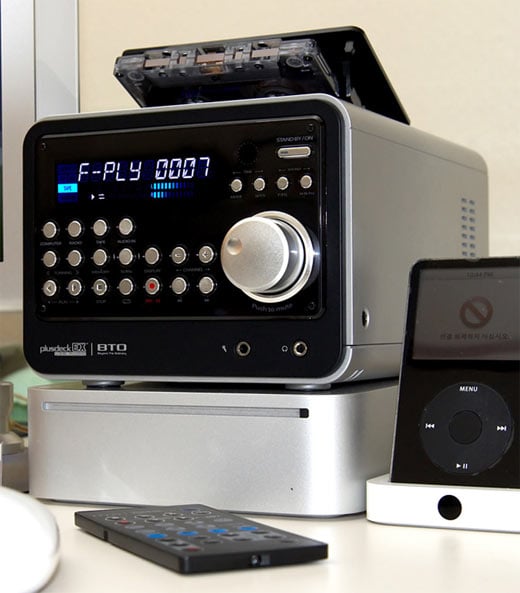 You can even record your digital files back to analog cassette tape, but I’m not sure why you’d want to do that unless you happen to live in the dark ages.

Inputs are also available for your old turntable or any other device with RCA stereo or a 3.5mm mini stereo output. The plusdeck EX also adds 7.1 channel Dolby surround sound to your PC or Mac, but does only support analog speaker outputs for that feature. 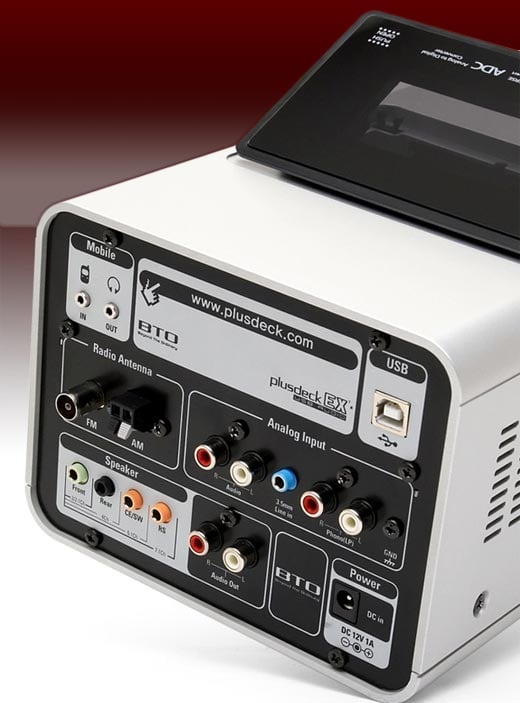 Also included is a compact wireless remote, which lets you easily switch between listening to your computer, radio, tape or other connected audio device.

The plusdeck EX should be available later this Summer in Korea, with a worldwide release shortly thereafter. Korean pricing is 319,000 KRW, which works out to about $347 US Dollars.