Fans of the Xbox 360 critter-rearing game, Viva Pinata, rejoice. The cartoony, yet very deep game is headed to the Nintendo DS. 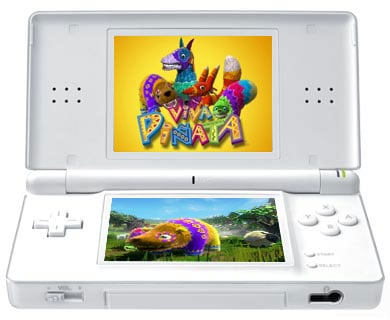 According to the crew over at RARE, the game will be a full port of the Xbox 360 game, not some watered-down minigame like many portable games. It’s even being developed by the same team that made the 360 version. One RARE staffer was quoted as saying, “it’s the same game [as the 360 title], starting with ruined garden, attracting Pinata, growing flowers and trees, buying things from shops… it takes advantage of the hardware available, so you interact using the stylus.”

No release date has been announced for the title, but this is definitely one to keep an eye out for.