Fake Bomb in a Box: Taking Things Too Far?

This is really not a good idea, given the world we live in today. But leave it to the wacky gadget makers in Japan to release it anyway. 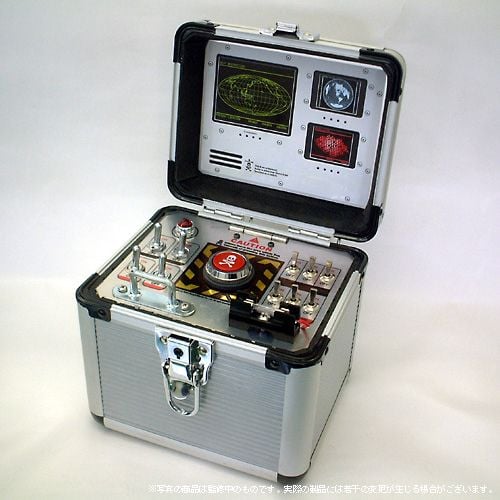 The ridiculous President Briefcase is just a gag product, but if you happen to leave it ANYWHERE, you’re likely to stir up a bigger scare than the Aqua Teen Hunger Force prank did in Boston earlier this year. The $65 metal box looks suspiciously like those evildoer devices you’d find in a Mission Impossible movie, complete with cryptic satellite maps, toggle switches, and an imposing red button with a skull on it.

If the fact that it looks like a bomb isn’t enough for you, it also features a hidden compartment. Presumably, this is where you’d stash your contraband, but for some reason this doesn’t seem like a very good hiding spot.