Apparently, those iPhone demo kiosks in AT&T stores are wolves in sheep’s clothing… 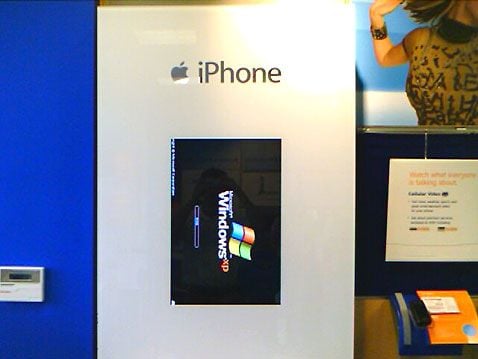 Here’s an interesting thought: When you turn a Windows XP machine on it’s side, does it become an Apple? Apparently, these kiosks are really running on Dell machines and Samsung displays. I guess that’s cheaper than using Apple gear, but something about it just doesn’t feel right to me.