Got 700 Terabytes of storage to spare? That’s about how much memory you’ll need if you want to use this invention to record your entire life. 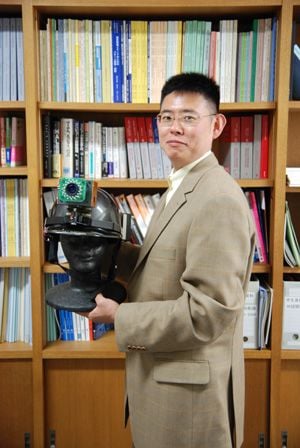 Professor Yasuyuki Kono and a team of researchers from Japan’s Kwansei Gakuin University have devised a system which can record everything you ever do. Just strap the camera on your head, and the system will record every waking (and sleeping) moment of your life. Think of the device as sort of a portable Truman Show.

Early prototypes of the camera had the individual wear some crazy headgear, but as the project has evolved, they’re now fashioning a waist-mounted camera that’s not quite as intrusive. 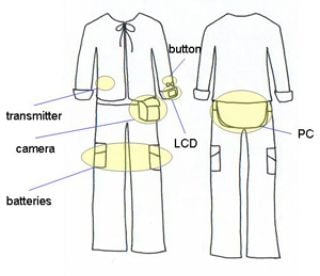 It’s not only supposed to record everything, its the Professor’s goal to include a search algorithm that’s capable of quickly locating a moment in time that you’re having difficulty remembering. I’m not sure exactly how it’s supposed to work, but from what I can tell, you’re supposed to record the touch sensation of particular objects as you go through the day, and then you’ll be able to touch a similar object and recall the video that was captured in similar circumstances

The whole thing seems a little outlandish to me, but I suppose it could have some application for individuals with memory problems.