This unique men’s wristwatch conceals a little secret beneath its traditional mechanical face. When you press a button on the side of the watch, a hidden LED display reveals itself. 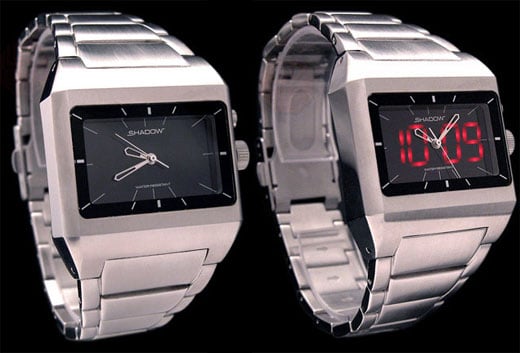 The Shadow SS analog/digital hybrid watch has a red 7-segment LED that can either be synchronized with the analog time, or be set to display a second time zone. The watch has a sleek stainless steel case and band and is water resistant to five atmospheres.

The LEDWatchStop has a limited supply of these watches for $199 each. If you prefer a round watch face instead of a rectangular one, check out the $179 version called the Shrewd.