What I find so intriguing about this lighting fixture is the fact that insects are attracted to light. So it makes me wonder, what happens when you have a lamp that looks like a giant bug? Are they scared of it? Do they think they’re returning to the mothership? Or will they just act like moths to a flame? 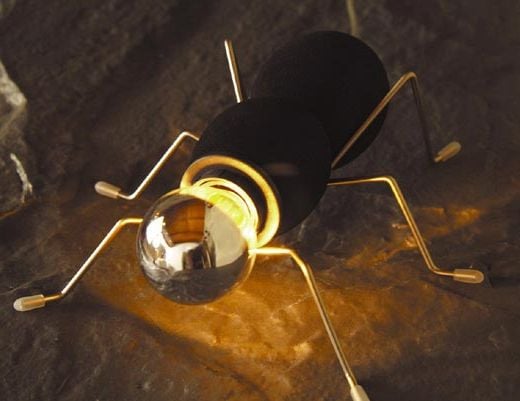 Even if you live in a bug-free environment, this clever insect lamp will look pretty cool on your desk. The Buggle Soldiser Light (maybe they mean “Soldier” as in “soldier ant?”) features a rubbery black bug body with six chrome legs. But the best design feature is that the “head” of the insect is replaced by a 40W reflector bulb.