Arena: Motion Capture for the Masses

Budding 3D graphics and animation buffs, there’s a new reason to get excited this morning. A company called NaturalPoint has just announced a complete motion capture systems that only costs about $5,000.

Traditional (if you can call them that) MoCap systems usually start around $30,000, and often much more. The OptiTrack ARENA system uses anywhere from six to twelve digital cameras to capture 3-dimensional body movements in real time, then store them in a data format that can be used by 3D animation systems. 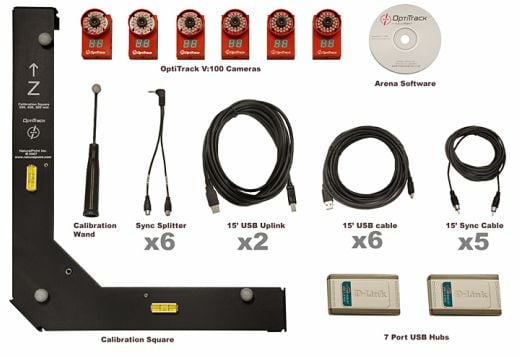 The ARENA foundation system costs $4999 and will come with everything you need to make your own animations (other than the actor’s motion capture suit and markers, which will set you back around $400 to $500 extra.)