I was rummaging around the USPTO Patent database earlier today, and came across this intriguing patent application from Nintendo. 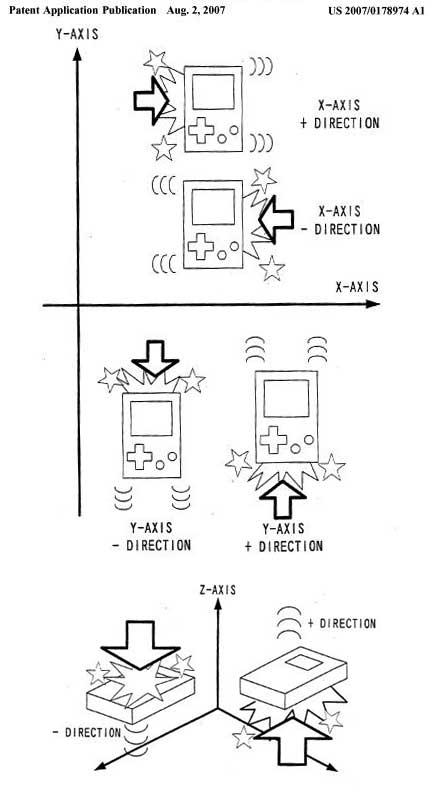 The filing, originally dated March 30, 2007 (but just updated this week) describes a portable gaming system that includes X/Y/Z motion sensing that’s similar to that found in the Wii-Mote. The application abstract describes the system as follows:

“A game system includes a housing to be held by a player. The housing incorporates an XY-axis acceleration sensor to detect an acceleration in an X-axis and Y-axis direction and a Z-axis contact switch to detect an acceleration in a Z-axis direction. These sensor and switch detect at least one of an amount (e.g. tilt amount, movement amount, impact amount or the like) and a direction (e.g. tilt direction, movement direction, impact direction or the like) of a change applied to the housing. A simulation program provides simulation such that a state of a game space is changed related to at least one of the amount and direction of the change applied to the housing.” 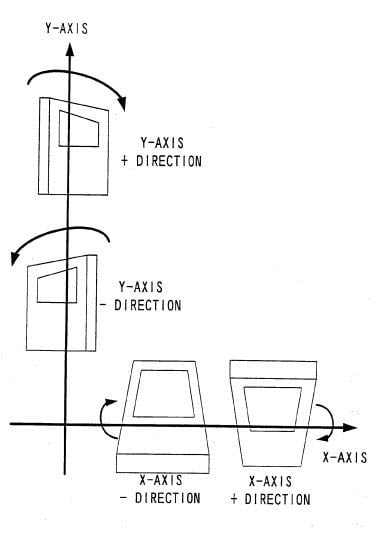 Now unless I’m mistaken, that sure sounds like some sort of combination of a portable console and a Wii motion sensing controller. The system would also provide for interactivity between multiple players, so one player’s movements could impact information on the other players’ consoles.

Let’s hope Nintendo decides to commercialize this technology and put it into a real gaming system sometime soon. Given the huge success of the Wii, it seems only natural that the next logical step would be to go portable..