If you happen to have an Apple iPhone and also a fan of Microsoft’s Xbox 360 console, you can dress up (or is that overdress?) your shiny new iPhone with this new skin from DecalGirl. 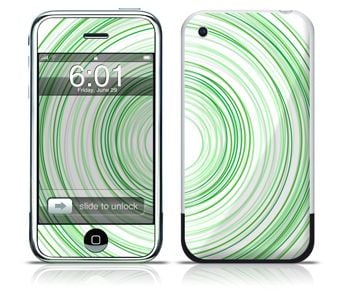 The $6.99 kit comes with removable vinyl stickers that cover your iPhone’s clean exterior with the familiar Xbox 360 swirl design, as well as a background picture that you can install on the iPhone so it all goes together.

For some reason this reminds me of that line from Ghostbusters about “dogs and cats sleeping together.” The whole concept just strikes me as a little wrong.