A Japanese programmer who goes by the name SofiyaCat has created a build of DeSmuME, a Nintendo DS emulator and gotten it running Sony on the PSP. 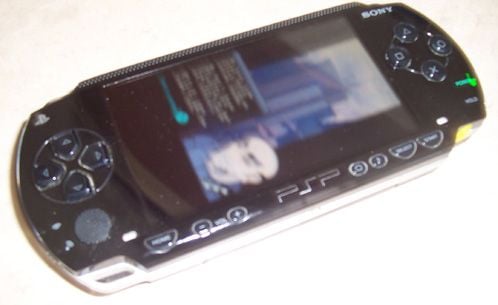 The photo above shows a screenshot of a PSP running a DS homebrew game called GeoWars. The emulator is still painfully slow, and requires a hacked PSP to install it, but it does prove that it’s possible. The emulator uses the PSP screen in portrait mode to simulate the DS dual screen interface.

Frankly, I’m not too sure why you’d want to bother with this. The Nintendo DS is already portable and very reasonably priced. Never mind the fact that the PSP doesn’t have a touchscreen.

If you’ve got a spare PSP lying around and are up for the installation challenge, you can pick up a copy here. I found this information over on eXophase, who offers a brief installation guide on their site.