While those of us who played the supremely awesome Bioshock demo are salivating to get our hands on the full game, a few lucky stiffs have been able to pick up copies of the game a full week ahead of its 8/21 release date. Apparently, some bozos really intelligent individuals working behind the counter at Toys ‘R Us didn’t bother to check the release date, and are selling them since they already have the game in the stock room at some locations. 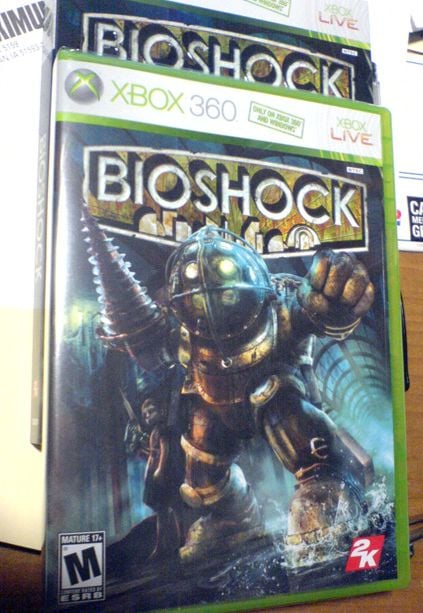 Several posters over on the NeoGAF forums are already reporting that they have the highly anticipated Xbox 360 FPS+ in hand. Apparently, all they needed to do was ask the sales clerks if they had Bioshock in stock, and they were sold the game. So run, don’t walk to your neighborhood Toys ‘R Us store before the Microsoft and TRU suits get wind of this and shut down the pipeline.