Here’s a fun one. Some guys in Japan has taken an old Super Nintendo (known as the Super Famicom over there) and turned it into a Windows PC. 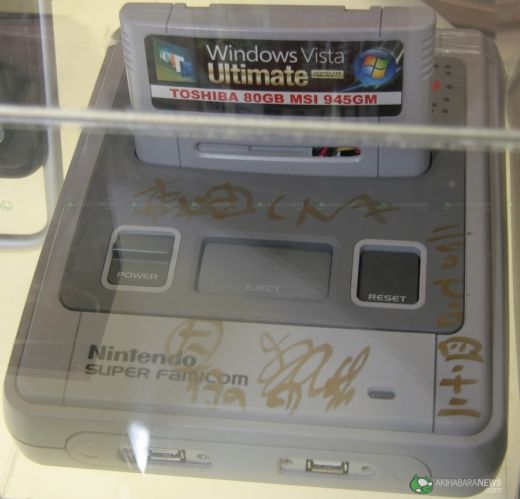 The computer is running a full version of Windows Vista Ultimate. Apparently they started with an MSI Axis 945GM barebones system and rejiggered it to fit into the gaming system’s case. I especially like how they labeled the game cartridge to look like it contains the Windows install. Very clever.

Now what would be really fun would be to boot up a Super Nintendo emulator on this system, so we can play some Donkey Kong Country.