Here’s another cheapie media player that manages to cram everything but the kitchen sink into a single device. 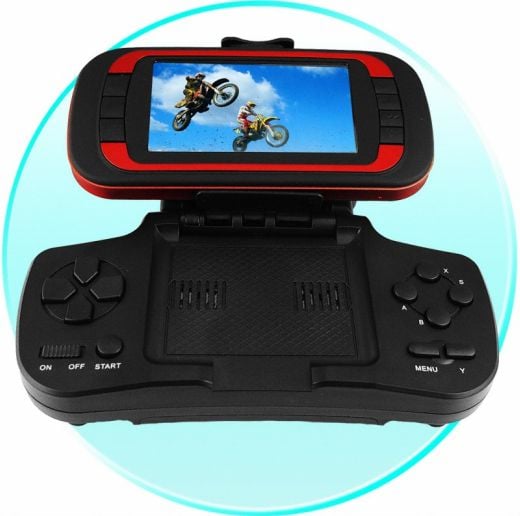 Chinavasion’s latest media player not only handles your music and videos with aplomb, it can also emulate a variety of classic gaming consoles. There’s emulation support for the NES, Gameboy, Gameboy Color and Sega Genesis so you can play your favorites from the past. In addition, the device also integrates an E-book capability that actually uses text-to-speech to read books to you in either Chinese or English.

The player has a 3-inch TFT widescreen, and comes with a snap-on gaming pad accessory so you can get your game on. The device has 2GB of on-board memory and can be expanded up to 6GB total, with the addition of a 4GB SD card. Chinavasion hasn’t announced a price yet, but based on their past bargain-basement releases, it’s almost a sure bet that it’ll be inexpensive.