It’s been a long time coming, but we finally know when the PlayStation EYE camera for the PS3 is going to hit shelves. Originally thought to be coming out this Summer, it now looks like a Fall 2007 release. 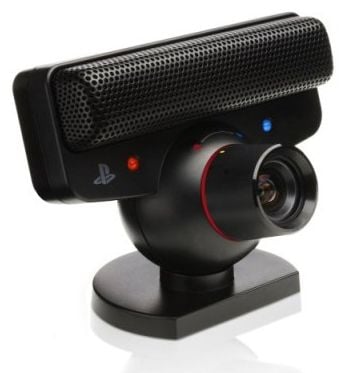 Amazon.com is now listing a bundle which includes the game Eye of Judgment and the EYE camera for $59.99. They’re currently showing a release date of October 23, 2007, so it’ll be out just in time for the holidays.

The PlayStation EYE camera offers significant advancements over its predecessor, the popular EyeToy for the PS2. The EYE can capture up to 120 frames per second, meaning it can record much more precise movements than the earlier camera. It’s also got a four-element microphone which can detect the approximate location where sound is coming from. I’m assuming this feature will come into play in some games.