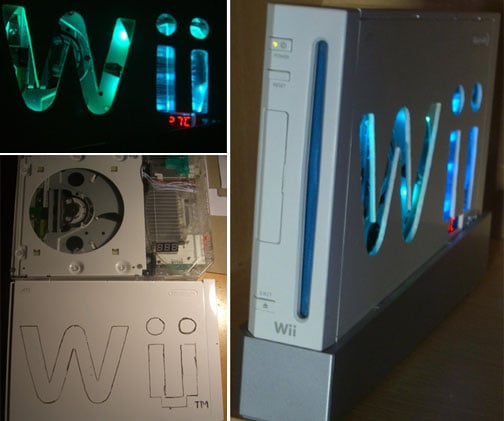 By combining a standard Wii shell with a see-through XCM Hot Rock case, he was able to preserve the main design features of the Wii, while adding a cutout Wii logo and a color-cycling disc slot loading mechanism.