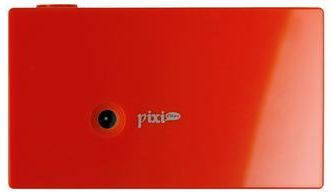 The Panasonic Pixi was designed for use with Mixi, which is Japan’s closest equivalent to MySpace. The device was conceived as a simplified interface for members to automatically send mobile phone images directly to a specific friend, diary or community on the popular social networking website. 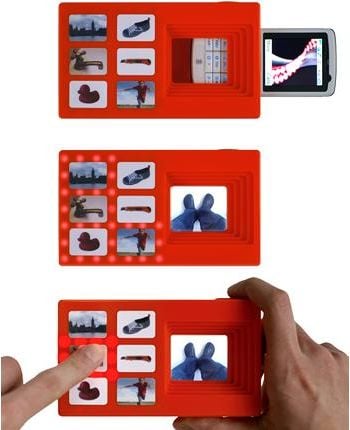 By simply pressing on a single touch-sensitive icon, the software would take care of all the complications of establishing the proper connection and uploading the image(s) to Mixi.

The odd thing about the Pixi is that it’s really just a shell that sits around your current mobile phone. It leverages the phone’s already existing camera, LCD screen and internet connectivity to do all the hard work. The Pixi really just provides a simplified interface for users to share their content.

There’s no current plan to market the Pixi, but I thought the industrial design was compelling enough to warrant some discussion.