At this week’s Leipzig Gaming Conference, Sony Computer Entertainment Europe (SCEE) revealed an add-on for the PlayStation 3 gaming console which will give it full television and digital video recording capabilities. 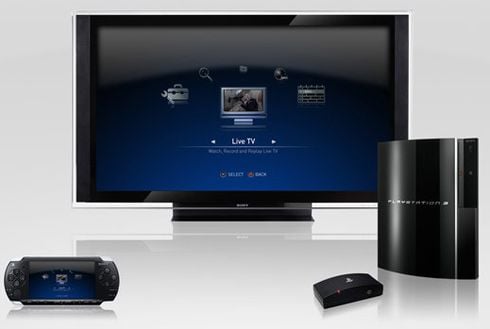 The device and software bundle, called PlayTV will provide high-definition reception of television signals and scheduled recording of shows. At this point, the PlayTV has only been announced for European markets, as its tuner relies on the over-the-air DVB-T digital standard. The PlayTV will include dual tuners, and will record programs in full 1080p resolution (although DVB-T source signals likely to be at lower resolutions.)

You’ll be able to control the program guide using either the PS3 SIXAXIS or Blu-ray remote control. PlayTV will also include the ability to watch recorded programs on your PSP via a Wi-fi connection, or download via a USB connection for later playback. The system is expected to hit shelves in much of Europe in early 2008, but there are no current plans to release the system in other parts of the world.