Nintendo Guerilla (or is That Gorilla) Advertising 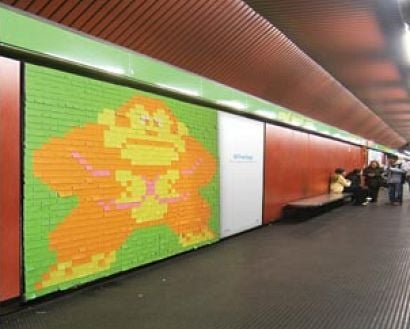 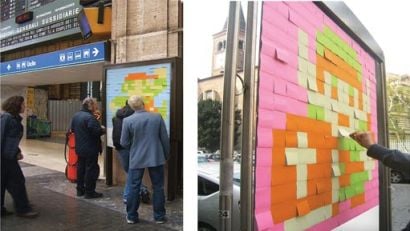 Taking some obvious inspiration from this earlier video game Post-it art, the colored notes were used to create pixelated versions of Mario, Donkey Kong, Zelda and other gaming characters. Each individual note could be removed by passersby, revealing a small advertisement for the Wii’s virtual console. 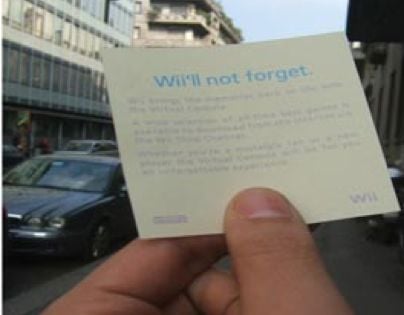 From what I can find out, these photos were snapped a few weeks back somewhere in Italy. Hopefully, we’ll see this clever campaign rolled out to other locations sometime in the future.