Provia A1 Gps Navigator: Way Too Sexy for Itself

Those of us in the States tend to think of GPS navigators as relatively utilitarian devices that help us find our way when we’re too afraid to ask for directions at the gas station. In Asia, GPS devices seem to be on the way to becoming much more. 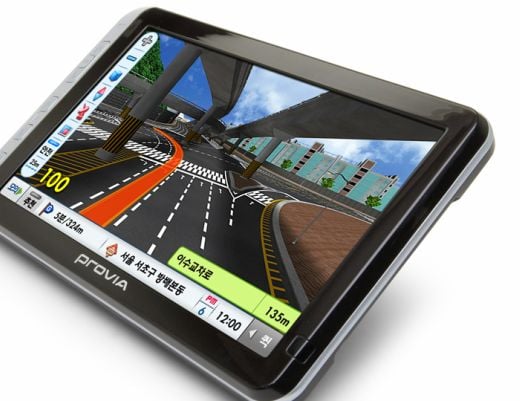 Case-in-point: the new Provia A1 navigator from Korea’s HTMS. Not only does this new GPS device look totally slick, it’s loaded with more features than you’ve ever dreamed of on your car’s dashboard. For starters, navigation is done using amazingly detailed, razor-sharp 3D maps, complete with models of buildings and other landmarks. 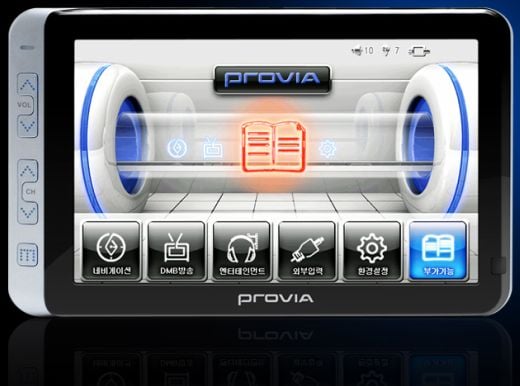 Then, there’s a complete media player with audio and fullscreen video playback in a wide variety of formats. It’s even got a “picture-in-picture” mode, so you can watch a movie while you drive and get directions. Also along for the ride is a DMB receiver, which means it can receive over-the-air digital television broadcasts. It’s all displayed on a gorgeous Samsung 800 x 480 resolution widescreen 7-inch display, complete with a touchscreen interface. It even offers handwriting recognition when you control it with an included stylus. 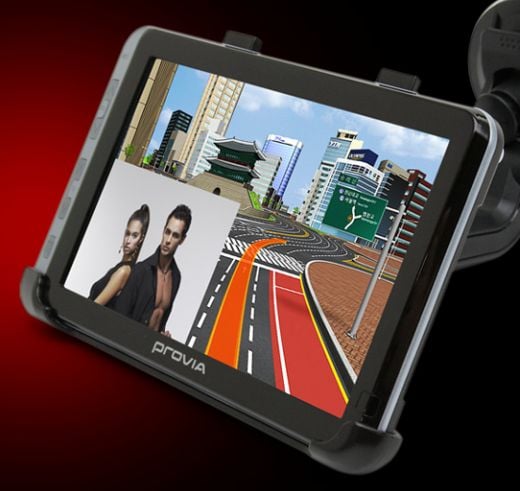 The Provia A1 is backed by a beefy Intel PXA270 processor, running at 520MHz, the same chip used to run some of the more powerful PDAs out there. There’s 128MB of on-board SDRAM, 128MB for program storage, and you can add up to 2GB more via an SD card. Unfortunately, we’ll probably never see one of these outside of Korea.