Sony Psp Gets a Touchscreen (Sorta) 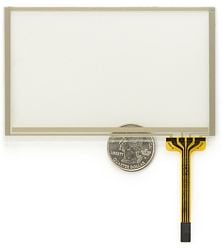 While Sony has made it pretty clear that a touchscreen interface won’t be part of the PSP any time soon, that hasn’t stopped modders from trying to make it so. Thanks to the folks over at Spark Fun Electronics, that task just got a whole lot easier.

This add-on layer by Hantouch sticks to the front of the PSP’s LCD screen giving it the hardware needed to sense touch. Since it’s so new, I haven’t yet found anyone who’s actually installed one, or created software to do anything with it, but the whole PSP modding community is so active, it’s only a matter of days before we see one of these in action. If you’re up to the task, you can pick one up from Spark Fun for just $23.95.